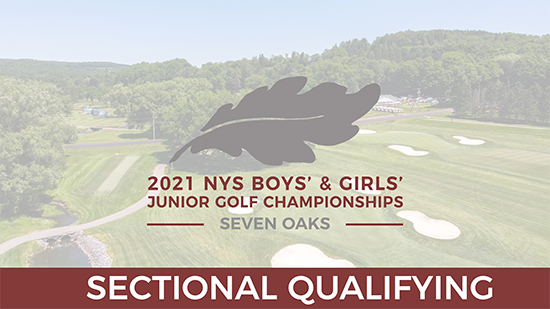 To be eligible, a player must have a Handicap Index, and must be a member of the NYSGA, defined as either (1) belonging to an NYSGA member club or (2) joining the NYSGA as a 2021 NYSGA eClub Member.

Sectional qualifying, played over 18 holes, will be conducted at 13 sites around New York from Monday, June 28 to Monday, July 19 at the following venues:

The Seven Oaks Golf Club has hosted the last four NYS Boys' and Girls' Junior Amateur Championships. From 2016-19, this golf course has been home to many exciting junior championships.