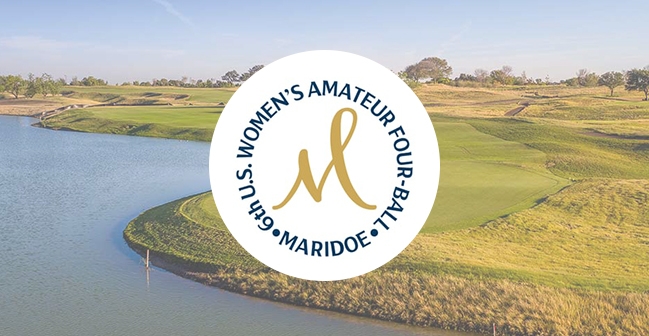 NYS Trio in Field for 6th US Women's Amateur Four-Ball

(Update on April 27) - Both sides with representatives from New York State fell during the Match Play Round of 32 at the U.S. Women's Four-Ball.

Jennifer Rosenberg and partner Carlota Palacios fell during their match, 3&2, and were all square with the top seeded team through fourteen holes.

Kaitlyn Lee and partner Ami Gianchandani lost 2 and 1 during the opening round of match play.

(Update on April 26) - Yale University teammates Kaitlyn Lee of Scarsdale and Ami Gianchandani of New Jersey, tied for stroke play medalist honors with two rounds of 3-under 69 (138) at the U.S. Women's Amateur Four-Ball. As the #2 seed, they will face off against Kentucky teammates Jensen Castle / Marissa Wenzler in the Round of 32.

Jennifer Rosenberg of Laurel Hollow and Tulane teammate Carlota Palacios of Spain, collaborated for 77-71 in the stroke play rounds to finish just under the cut line. They earned the final spot into match play in a 5-for-1 playoff that began Sunday evening and was finished Monday morning. They won with a birdie on the fifth playoff hole. They will match up against the top seed Paris Hilinski and Alexa Pano in the Round of 32.

Alexis Hios of Rye, is playing with another Met-area standout from New Jersey, Noelle Maertz. Hios won the 2013 NYS Girls’ Junior Amateur and was runner-up at the 2017 NYS Women’s Amateur.

Kaitlyn Lee of Scarsdale will be playing with Yale University teammate Ami Gianchandani of New Jersey. Lee competed in the 2018 U.S. Girls’ Junior.

Both NY-NJ duos qualified out of a 3-for-2 playoff at Fiddler’s Elbow Country Club in Bedminster, N.J.

Jennifer Rosenberg of Laurel Hollow, will be playing with Tulane University teammate Carlota Palacios of Spain. They qualified at Huntsville Country Club in Huntsville, Ala., to earn medalist honors at 7-under 64. Rosenberg won the most recent NYS Women’s Amateur Championship during a sudden-death playoff at Lancaster Country Club in 2019.

The championship will consist of 36 holes of stroke play on Saturday and Sunday, after which 64 sides (128 players) will be reduced to the low 32 sides for match play rounds, until a champion side is scheduled to be decided on April 28.