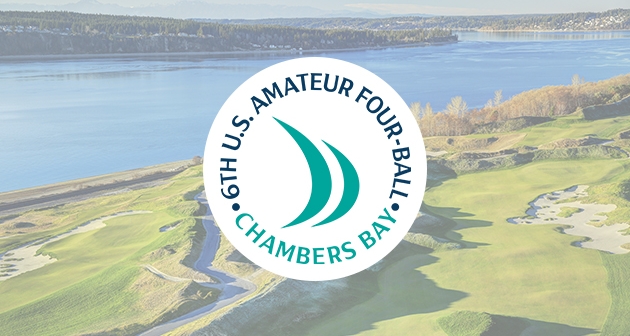 (Update May 26) - Brent Ito and partner Patrick Sullivan advanced to the Round of 16 at the 6th U.S. Amateur Four-Ball. Through the first seven holes, the match was squared up until Ito and Sullivan went up three over the next six. It took the side four more holes to clinch the quarterfinals, finishing three up after 17.

In the quarterfinals, Ito and Sullivan were down one after ten holes. After squaring the score on the 11th, the match remained square until the 18th hole, where Ito and Sullivan lost by one stroke and were eliminated from the tournament.

(Update May 25) - The side of Brent Ito and Patrick Sullivan competed in the Round of 32 at the 6th U.S. Amateur Four-Ball, and emerged victorious over John Angelo and partner Marcus Carano. Through five holes, Ito and Sullivan were four up, eventually securing the victory after going three up after sixteen holes.

(Update May 24) - Two players from the Empire State advanced into match play at the 6th U.S. Amateur Four-Ball. Brent Ito and partner Patrick Sullivan earned the second seed after posting 15-under 128 in stroke play qualifying.

Shane Dobesh and Yaroslav Merkulov entered an 11-for-6 playoff, and were eliminated after the first hole.

Included is Timothy Connors of Rye and Bradford Tilley who resides in Connecticut (a NYS native), Sam and Will Bernstein of New York City, Shane Dobesh and Yaroslav Merkulov of Rochester, Darin Goldstein of New York City and Trevor Randolph of New Jersey, Raymond Gresalfi of Great Neck and Ford Bennett of Maryland, Nathan Han of Somers and Alvin Kwak of Washington, Brent Ito of Ardsley and Patrick Sullivan of Michigan, Thomas McDonagh of New York City and Brendan Borst of Pennsylvania, Jamie Miller of Silver Creek and Tony Hejna of Ohio (resides in Buffalo), and Chris Owen of Manhasset and Robert Owen of Massachusetts.

The championship will consist of 36 holes of stroke play on Saturday and Sunday, after which the 128 sides (256 players) will be reduced to the low 32 sides (64 players) for match play rounds, until a champion side is scheduled to be decided with an 18-hole match on May 26.

Miller and Hejna advanced as first alternates during the final qualifier for the championship, conducted by the NYSGA at Springville Country Club in Springville, N.Y. on May 3. They lost in a sudden-death playoff to Dobesh and Merkulov.

Han and Kwak qualified as co-medalists during the April qualifier at Connecticut National Golf Club in Putnam, Conn.

The Bernsteins were medalists at Glenarbor Golf Club in Bedford Hills, N.Y., on October 15, 2020.

Connors and Tilley were medalists at Westhampton Country Club in Westhamton Beach, N.Y., on October 8, 2020. The Owens were the other advancing team from this qualifier.

Ito and Sullivan were medalists at Battle Creek County Club in Battle Creek, Michigan, on September 30, 2020.

McDonagh and Borst were medalists at Hackensack Golf Club in Oradell, N.J. on September 30, 2020. Goldstein and Randolph were the other advancing team from this qualifier.

Gresalfi and Bennett were one of two teams who advanced in a 4-for-2 playoff during the qualifier at Timberlin Golf Club in Berlin, Connecticut.