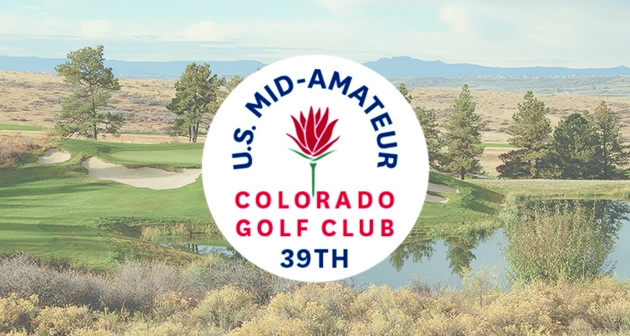 PARKER, C.O. (UPDATE 9/18) -- After an impressive showing at the 39th U.S. Mid-Amateur Championship, Yaroslav Merkulov fell 2 and 1 to Joseph Deraney of Tupelo, Miss. during the quarterfinals match at Colorado Golf Club.

The 27-year-old who regained his amateur status in May 2019, had his best USGA showing since advancing to the quarterfinals during the 2009 U.S. Junior Amateur (where he lost to Jordan Speith).

Recently, he won the Rochester District title by four strokes at his home course, Penfield Country Club. He won the 2009 NYS Men's Amateur, the 2009 and 2008 NYS Junior, and the 2006 NYS Sub-Junior.

PARKER, C.O. (UPDATE 9/18) -- Yaroslav Merkulov kept his momentum rolling throughout the Rounds of 32 and 16 during the U.S. Mid-Amateur matches at Colorado Golf Club. In the morning, he knocked off David Noll, Jr. of Dalton, Ga. in a 3 and 2 match. He then faced Jeremy Gearhart of Atascadero, California and defeated him 4 and 2. The match was tied through 11 holes, and Merkulov went birdie-par-birdie-eagle-birdie to close out the match.

He will face Joseph Deraney of Tupelo, Miss. in the quarterfinal match on Wednesday morning.

Brandon Dalinka of New York City, who was the #4 seed in match play, fell in 21 holes to David Noll, Jr. of Dalton, Ga. during the Round of 64.

PARKER, C.O. (UPDATE 9/16) -- Brandon Dalinka of New York City and Penfield's Yaroslav Merkulov were the only two players from the Empire State to advance through the stroke play rounds at the 39th U.S. Mid-Amateur.

Failing to make the two-round cut, which fell at 4-over 147, was recent U.S. Senior Amateur champion Bob Royak of Alpharetta, Ga. who followed an opening 70 with an 80 to finish at 150. Darin Goldstein of New York City finished at 151. Rich Vandermass finished at 155. Nicolas Donaldson finished at 160. Brent Herlihy finished at 164. James Welch of Albany came in at 166. Jason Zubatkin of Somers had a 174.

The U.S. Mid-Amateur has 264 players in the field. They will compete over 36 holes of stroke play, after which a cut of the low 64 scorers will be applied. Those who make the cut will advance to the first of six rounds of match play before a champion is declared on Thursday.

The par-72 Colorado Golf Club layout will stretch to 7,561 yards. The CommonGround Golf Course in Aurora, Colorado will co-host the field during stroke play qualifying and will setup at 7,470 yards to a par of 70.

Dalinka, qualified out of Fairmount Country Club in Chatham, New Jersey with a 71.

Donaldson, also qualified at Fairmount Country Club in N.J. with a 72.

Goldstein, earned an exemption into the championship through WAGR top 30 age-eligible points leader category. He currently ranks 717 on the World Amateur Golf Rankings.

Herlihy, qualified out of Glens Falls Country Club in Glens Falls, N.Y. with a 70. He was co-medalist at the qualifier.

Royak, earned an exemption during the U.S. Senior Amatuer earlier this summer, which he won by defeating Roger Newsom, 1 up, in the final at Old Chatham Golf Club.

VanderMass, qualified at Nassau Country Club in Glen Cove, N.Y. with a 69.

Listed below are tee times for Round 1 on Saturday and Round 2 on Sunday (all times in MDT):