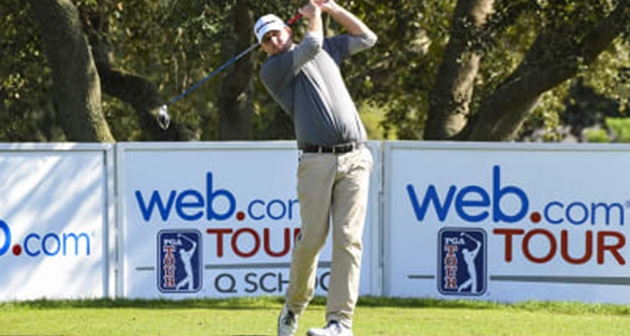 CHANDLER, A.Z. – Web.Com Tour Qualifying School concluded this past weekend with the Final Stage at Whirlwind Golf Club in Arizona, where 135 professional golfers battled over four rounds, attempting to earn spots on the tour in 2019.

While the medalist is fully exempt for the 2019 schedule, the top 40 finishers (and ties) from the weekend earned eight guaranteed starts next year. Those who climbed inside the top 10 (and ties) earn guaranteed entry into the first twelve events.

Two New York pros finished inside the top 25, including Michael Miller of Brewster, and Bryan Bigley of Rotterdam (currently in Charlotte, N.C.).

The 11-year veteran Bigley, began the week with a bogey-free 10-under 62 to jump-start his weekend surge. The son of Pinehaven Country Club’s superintendent, finished 95th on the Web.com Tour money list last season, which only retained his conditional status for 2019. Now, with his top-40 finish, it ensures he’ll be playing at least the first eight events next year. Since joining the Web.com in 2016, he’s played in 58 events, with 26 made cuts and 3 top-10 finishes.

Miller, who’s in his mid-twenties, last qualified for the Web.com in 2015 after finishing top in the top 25 and earned guaranteed starts. Last year he competed on the Mackenzie Tour (Canada), and played a few Web.com events. Beyond that, he qualified for his second U.S. Open at Shinnecock Hills where he missed the two-round cut.