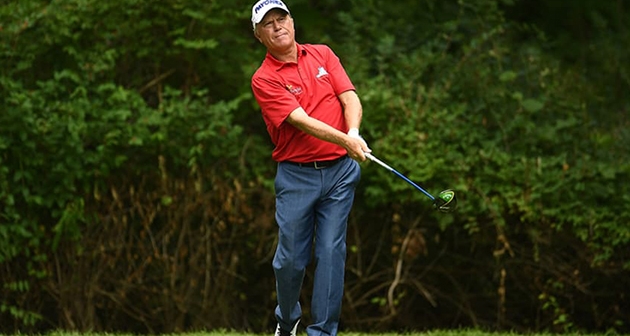 The 62-year-old, who turned professional shortly after graduating from Florida State University (previously attended Monroe Community College), has played in about 25 PGA Tour-sanctioned events a year for the past 40 years.

Sluman is the 21st player to join the club, alongside golf legends like Arnold Palmer, Chi Chi Rodriguez, Hale Irwin, Tom Kite and others.

“If you told a young guy on the PGA Tour that number of starts a year, he’d look at you like you were from Mars,” Sluman told PGA Tour media.

When asked what it takes to make a 1,000 career starts, Sluman replied, “I’d say there really are three factors. First off, you have to be lucky enough to stay healthy, really never have a serious injury. Secondly, you have to play well enough to keep your card, and then you have to have the desire to keep playing.”

Sluman ranks in the top 100 in career earnings at more than $18 million.

His career highlights include winning the 1988 PGA Championship at age 30, a runner-up finish in the 1992 U.S. Open, and T4 at the Masters Tournament that same year.

During his amateur days, he won the 1978 NYS Men’s Amateur title and the Monroe Invitational in 1981.