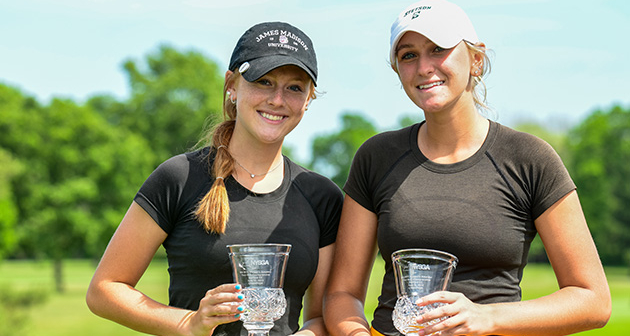 Leach and Zigrossi were battling with 2019 champs Pennie Carlo (Crestwood GC) and Lauren Cupp (Yahnundasis GC) until the final hole, but Carlo and Cupp couldn’t close the gap. The two teams were paired together off  No. 1. Leach tallied three birdies on the day to propel her team to victory at 1-over.

This is Zigrossi’s second straight four-ball title. She won in 2021 during her first appearance with former partner Emily Gresham, and when she was unable to make this year’s defense attempt, Zigrossi reached out to Leach to team up.

“I think it put more pressure on my putts and that’s what I think I did well today,” Leach said. “So, it did put pressure, but it motivated too.”

The pair managed to bounce back after a double bogey on Stafford’s tough and tricky signature hole, No. 11. Zigrossi said they couldn’t worry too much about the slip up.

“We just tried to have fun with it,” Zigrossi said. “Obviously you’re taking it seriously, but just play the rest of the holes, do what you need to do, and it will come back.”

This is Zigrossi’s third state title in the past 12 months. She won the NYS Girls’ Junior Amateur Championship last July at Seven Oaks Golf Club.

Michelle and Jessica Ricciardi (NYSGA eClub – CNY) were the net winners at 3-under par. 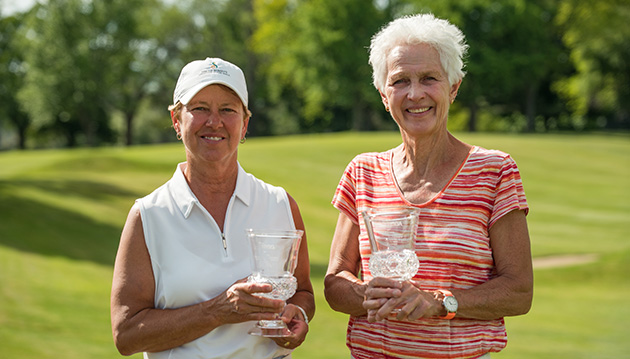 Kaul and Lavigne were the only team in either division that shot under par on the tournament. They racked up four birdies on the back nine. Lavigne said patience was key to their success later in the round.

“I said to Kim, ‘Let’s not force the issue, let’s just stay patient,” Lavigne said. “I think the patience part is what really helped us.”

“We just started hitting fairways and greens,” Kaul said. “I had a chance for an eagle on #13 and made an easy birdie, and we really just started rolling."

The net winners were Crestwood Golf Club’s Kathy Garboosian and Barb Nacewicz, who finished at 9-under 63.