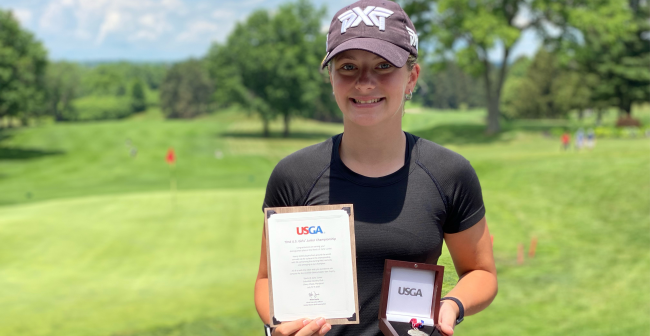 Sixteen players competed for one qualifying place and two alternate positions into this year’s championship, which will be hosted at Columbia Country Club, in Chevy Chase, Maryland, July 12-17.

Kennedy Swedick of Albany was the qualifying medalist with 2-over 74.

Swedick posted a 35 on the front nine, highlighted by a birdie on the sixth hole. On the back, she posted a 39.

Emma Shen of Demarest, New Jersey and Grace Smith of Wallingford, Pennsylvania each finished four over, then entered a playoff to determine the order of alternates. On the opening hole at Yahnundasis, Shen birdied to secure the first alternate spot.

The second alternate will be Smith.