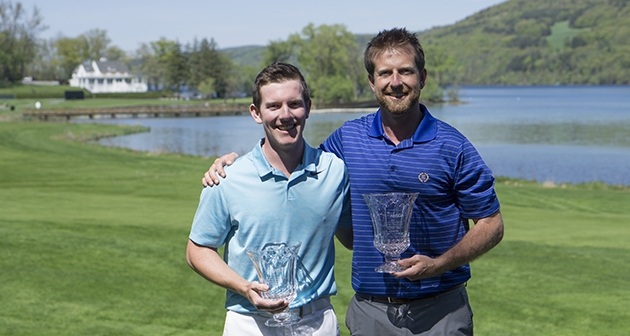 COOPERSTOWN, N.Y. -- The team of David & Billy Hanes of Crag Burn Golf Club captured the 8th New York State Men’s Amateur Four-Ball title after a second round 66 to finish at 11-under 133, two strokes ahead of the field.

Eight teams tied for second at 9-under 135 including the first-round leaders, Jason Hurley & Ricky Olson of Willowcreek Golf Club, who carded a 70 in the final round of action.

Last year’s winners, Jonathan Clark & Jeff Wolniewicz of Crag Burn Golf Club, played one stroke better than yesterday and went 68-67 to finish in the tie for second as well.

Billy, the older of the two brothers, captured his first four-ball title back in 2015 with a past partner, Jamie Miller. Last year, the brothers partnered up for the first time in the championship and finished tied for second. “It’s definitely special to win an event with my brother because we’ve never won anything together,” he commented.