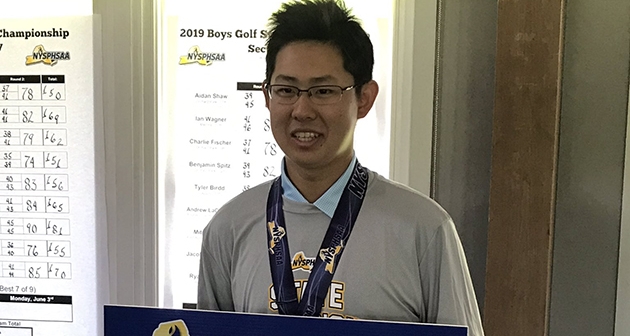 The player from Somers was tied for first with Nolan Crowley after round one, both posting a par-71. Crowley went 9-over 80 in the second round, while Han posted a 1-under 70 to secure the victory at 141. Crowley finished tied for seventh at 151.