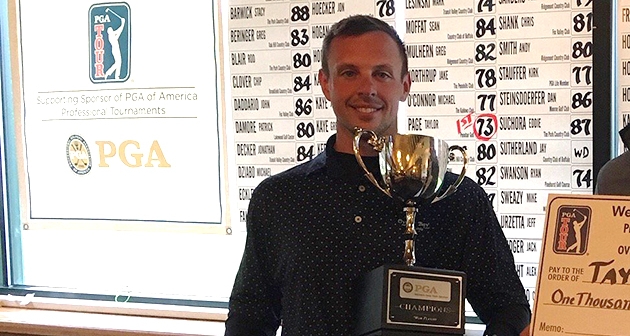 The player out of Shelridge Country Club edged Teaching Professional Taylor Page by a shot.

The next closest amateurs behind the trophy winner were Drew Pettit of Wanakah CC and Patrick Nealon of Brierwood CC at 77.

Page, of Pennfair Golf Shop, won the Professional Division with his 73. Michael O’Connor, Head Professional of The Kahkwa Club, won the first playoff hole to capture the Senior Pro Division.

Grzywacz was a 2017 USGA P.J. Boatwright, Jr. intern for the NYSGA. The recent Robert Wesleyan graduate has been a member of the Redhawks golf team for the past two seasons.

The WNY Open is conducted by the Western New York PGA section and is open to both amateurs and professional golfers.