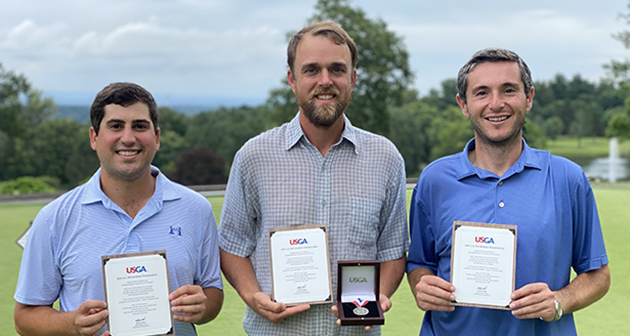 Eighty-three players competed for three qualifying places and two alternate positions into this year's championship, which will be hosted by Sankaty Golf Club in Siaconset, Mass., September 25-30.

Harvin Groft of Berwick, Maine fired 4-under 68 to lead qualifying and earn medalist honors. He tallied up seven birdies on the Robert Trent Jones, Sr. layout.

New York City's Brandon Dalinka and Matthew Devito of Verona, New Jersey both finished at 1-under 71 to join Groft and advance into this year's championship. Dalinka competed in the 2019 U.S. Mid-Am, where he made it through to match play.

First alternate is Alexander Reid of Rye who finished at 72.

Second alternate was decided in a playoff between five players at 73, where Andrew Miramio won the position.