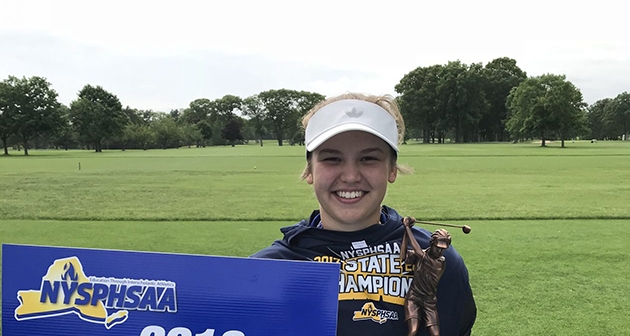 The sophomore captured the victory after a second-round 70 (-2), holding off 2017 NYS Girls’ Junior Champion, Bailey Shoemaker of Unadilla Valley.

Green, who finished tied for sixth in the NYS Junior last year, opened with a 4-under 68 to split the lead with Kaitlyn Lee of Scarsdale entering Sunday’s final round. Green finished at 138 (-6), while Lee carded a 75 and eventually fell to T-3.

13-year-old Shoemaker, who plays out of Seven Oaks GC, finished only two strokes back and in solo second after a course record 7-under 65 in the final round. The surge was not enough to close the gap on Green, as she began the day seven strokes back after posting an opening round 75.