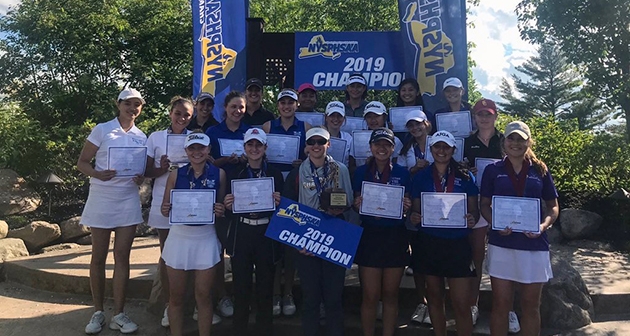 The junior from Section 6 posted an opening round 72 to gain a one stroke lead over 2017 & 2018 NYS Girls’ Junior Champion, Bailey Shoemaker of Unadilla Valley in Section 4. The lead would hold as Green and Shoemaker both posted a 1-over 73 in the final round, placing Green at a 1-over 145 and Shoemaker at a 2-over 146 overall.

Green, who finished tied for sixth in the 2017 NYS Girls’ Junior, beat current eighth-grader Shoemaker by two strokes at last year’s NYSPHSAA Championship, despite a record-breaking effort by the runner-up (Shoemaker posted a 7-under 65 in the final round at Bethpage State Park’s Yellow Course).