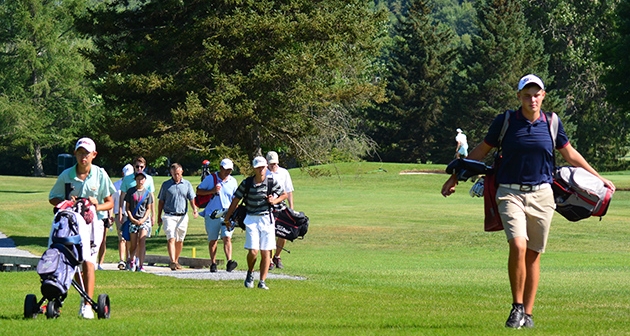 LIBERTY CORNER, N.J. - The USGA and The R&A announce key features of the proposed new World Handicap System (WHS), designed to provide all golfers with a consistent measure of playing ability globally.

The idea for a new, unified system was conceived by the USGA and The R&A and developed following an extensive review of systems administered by six existing handicapping authorities: Golf Australia, the Council of National Golf Unions (CONGU) in Great Britain and Ireland, the European Golf Association (EGA), the South African Golf Association (SAGA), the Argentine Golf Association (AAG) and the USGA.

The new system will feature the following:

• Flexibility in formats of play, allowing both competitive and recreational rounds to count for handicap purposes and ensuring that a golfer’s handicap is more reflective of potential ability

• A consistent handicap that is portable from course to course and country to country through worldwide use of the USGA Course and Slope Rating System, already successfully used in more than 80 countries

• An average-based calculation of a handicap, taken from the best eight out of the last 20 scores and factoring in memory of demonstrated ability for better responsiveness and control

• A maximum handicap limit of 54.0, regardless of gender, to encourage more golfers to measure and track their performance to increase their enjoyment of the game

Quantitative research was conducted in 15 countries around the world, through which 76 percent of the 52,000 respondents voiced their support for a World Handicap System, 22 percent were willing to consider its benefits, and only 2 percent were opposed. This was followed by a series of focus groups, in which more than 300 golf administrators and golfers from regions around the world offered extensive feedback on the features of the proposed new system.

This feedback has helped shape the WHS, which has been developed by the USGA and The R&A with support from each handicapping authority as well as the Japan Golf Association and Golf Canada.

Mike Davis, CEO of the USGA, commented, “For some time, we’ve heard golfers say, ‘I’m not good enough to have a handicap,’ or ‘I don’t play enough to have a handicap.’ We want to make the right decisions now to encourage a more welcoming and social game. We’re excited to be taking another important step – along with modernizing golf’s Rules – to provide a pathway into the sport, making golf easier to understand and more approachable and enjoyable for everyone to play.”

Martin Slumbers, Chief Executive of The R&A, said, “We are working with our partners and national associations to make golf more modern, more accessible and more enjoyable as a sport and the new World Handicap System represents a huge opportunity in this regard.

“We want to make it more attractive to golfers to obtain a handicap and strip away some of the complexity and variation which can be off-putting for newcomers. Having a handicap, which is easier to understand and is truly portable around the world, can make golf much more enjoyable and is one of the unique selling points of our sport.”

The tenets of the new system focus on three main objectives: to encourage as many golfers as possible to obtain and maintain a handicap; to enable golfers of differing abilities, genders and nationalities to transport their handicap to any course globally and compete on a fair and equitable basis; and to indicate with sufficient accuracy the score a golfer is reasonably capable of achieving on any course around the world, playing under normal conditions.

Given worldwide alignment towards a single system, all parties will now embark on a two-year transition period targeting implementation in 2020. When adopted, the World Handicap System will be governed by the USGA and The R&A and administered locally by the six existing authorities and national associations around the world, with safeguards included to ensure consistency as well as adaptability to differing golf cultures.

The announcement is the latest step in a multi-year collaboration between The USGA and The R&A, as well as handicap authorities and national and regional golf associations around the world to introduce one set of Rules of Handicapping, aimed to support modernizing, growing and improving accessibility of the sport.

As an extension of their support of the Rules of Golf worldwide, Rolex has made a commitment to support the USGA’s and The R&A’s efforts to implement a World Handicap System. To provide feedback to the USGA on the new World Handicap System, email us at whsfeedback@usga.org, or see usga.org/whs. Golfers are encouraged to follow and join in the conversation on social media by using #golfwhs2020.

The USGA conducts the U.S. Open, U.S. Women’s Open, U.S. Senior Open and the U.S. Senior Women’s Open, as well as 10 amateur championships, two state team championships and international matches, attracting players and fans around the world. Together with The R&A, the USGA governs the game worldwide, jointly administering the Rules of Golf, Rules of Amateur Status, equipment standards and World Amateur Golf Rankings, with a working jurisdiction in the United States, its territories and Mexico. The USGA is one of the world’s foremost authorities on research, development and support of sustainable golf course management practices. It serves as a primary steward for the game’s history and invests in the development of the game through the delivery of its services and the work of the USGA Foundation. Additionally, the USGA’s Course Rating and Handicap systems are used on six continents. For more information, visit http://www.usga.org.

Based in St Andrews, The R&A runs The Open, elite amateur events, international matches and rankings. Together The R&A and the USGA govern the sport of golf worldwide, operating in separate jurisdictions but sharing a commitment to a single code for the Rules of Golf, Rules of Amateur Status and Equipment Standards. The R&A, through R&A Rules Ltd, governs the sport worldwide, outside of the United States and Mexico, on behalf of over 36 million golfers in 140 countries and with the consent of 153 organisations from amateur and professional golf. The R&A is committed to working for golf and supports the growth of the sport internationally and the development and management of sustainable golf facilities. For more information, visit www.randa.org.

Official Press Release Issued By The USGA on Tuesday, February 20, 2018