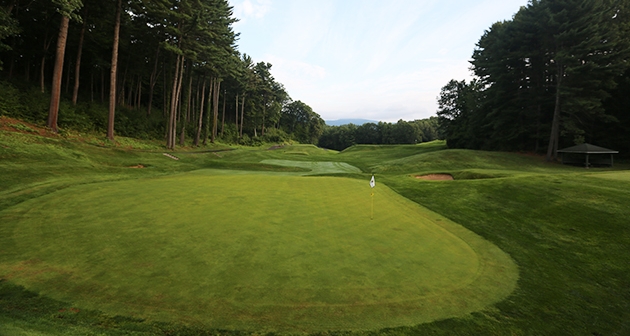 Many of the layouts recognized have long been regarded as some of the most prominent and exclusive clubs in the world. It comes as no surprise that Long Island’s Shinnecock Hills Golf Club (3), National Golf Links of America (4), and Fishers Island Club (9) maintain their place in the top 10.

Glens Falls is a new addition to the Empire State courses recognized by Golf magazine. This Donald Ross “hidden gem” established in 1912, with the full 18 holes completed by 1922, has a unique hilly layout that showcases Ross’ brilliance throughout. It has hosted several NYS Championships over the decades, along with USGA qualifiers. During the club's earliest days, it hosted the Glens Falls Open, a PGA Tour stop from 1929-39.

Five of these courses have held a golf major in recent years with Shinnecock hosting the 2018 U.S. Open, Bethpage Black hosting the 2019 PGA Championship, and Winged Foot most recently hosting the 2020 U.S. Open. Quaker Ridge was home to the Curtis Cup in 2018. Sebonack hosted a U.S. Women's Open in 2013.

Oak Hill, which just underwent a major renovation from Andrew Green is set to host a PGA Championship in 2023, and recently announced a U.S. Amateur scheduled in 2027. Sleepy Hollow, restored by Gil Hanse in 2017, will host the 2023 U.S. Mid-Amateur Championship.