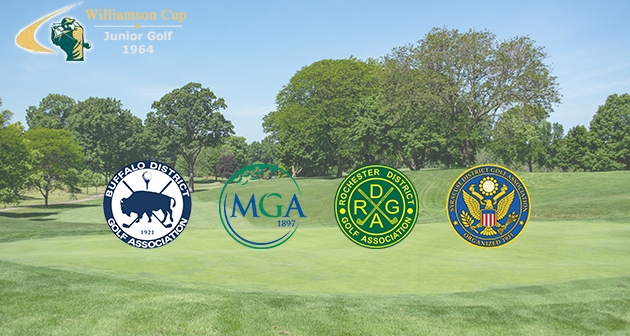 The Williamson Cup is a junior event, where 10 northeast golf associations face off in a 36-hole stroke play format. Each association is represented by four junior players, with the best three scores from each round counting towards the team's overall score.

The event was established in 1964, by A. Fred Williamson in memory of his father, a longtime member of the USGA Executive Committee and one of the original founders of Winged Foot Golf Club.

The MGA finished in fourth with a score of seven-over 439. Their team consisted of Connecticut's Connor Belcastro, Scarsdale's Charlie Berridge, and two from New Jersey, William Celiberti and Garrett Kessler.

The SDGA finished in sixth with a score of 455. Their team consisted of Nick Bove, Max Dec, Johnny Grunninger, and 2018 NYS Boys’ Sub-Junior Champion Anthony Maglisco.

The BDGA finished in seventh with a score of 463. Their team consisted of Zach Boyes, Anthony Delisanti, Andrew LaCongo, and Luke Stanley.

The RDGA finished in eighth with a score of 464. Their team consisted of Tyler Buddendeck, 2016 NYS Sub-Junior and 2017 NYS Boys' Junior Champion Jude Cummings, John Mittiga, and Aiden Spampinato.

Dec and Berridge were the top finishers from New York State, at T-7 in the Individual Competition after carding a one-over 145.

Next year's event will be hosted by the Buffalo District Golf Association at the Country Club of Buffalo.