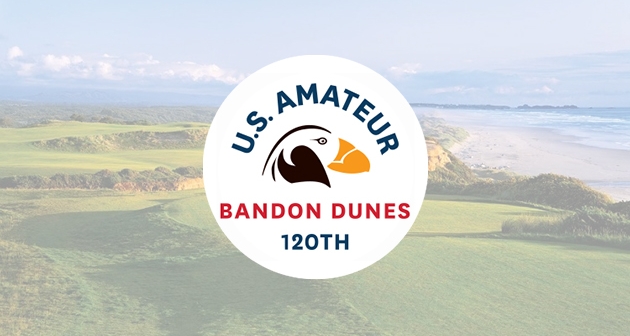 UPDATE (August 12) - None of the Empire State players were able to advance into match play at the U.S. Amateur Championship at Bandon Dunes Golf Resort. The cut fell at 2-over 145.

Christian Cavaliere of Katonah just missed the cut after shooting a 2-under 70 in Round 2, finishing at 3-over 146. Brent Ito of Ardsley, who made match play in 2019, posted 5-over 148. Ben Reichert of Buffalo posted 149, and Yaroslav Merkulov of Rochester posted 150.

The group includes Christian Cavaliere of Katonah, Brent Ito of Ardsley, Yaroslav Merkulov of Rochester and Ben Reichert of Buffalo.

Also in the field is the 2019 U.S. Senior Amateur champion, Bob Royak of Alpharetta Ga., who was raised in Guilderland, NY. He won the 1979 NYS Boys' Junior.

Due to the Coronavirus pandemic, the USGA was forced to cancel qualifying for this year’s championship, and the field was filled entirely through exemptions. The U.S. Amateur, traditionally held with a field of 312, will be played with only 264 competitors in 2020 to align with health and safety guidelines.

The starting field will play 36 holes of stroke play, one round on each of the two qualifying courses, after which the field will be cut to the low 64 scorers. Six rounds of match play begin on Aug. 12 and the championship concludes with a 36-hole championship match on Aug. 16.

This is the seventh USGA championship to be conducted at Bandon Dunes Golf Resort. The resort, which opened for play in 1999, most recently hosted the U.S. Amateur Four-Ball in 2019.

Cavaliere, a three-time Westchester Amateur winner will make his second U.S. Amateur appearance after qualifying for the 2018 championship at Pebble Beach.

Ito, will compete in the U.S. Amateur for a second straight year. He advanced into match play during last year’s championship in Pinehurst.

Merkulov advanced to the quarterfinals during last year’s U.S. Mid-Amateur at Colorado Golf Club. He regained his amateur status in 2019, and won this year’s Rochester District Match Play title. He also captured the NYS Men’s Amateur in 2009, NYS Boys’ Junior Amateur in 2008 and ’09, as well as the 2006 NYS Sub-Junior.

Reichert, qualified for the U.S. Amateur in 2017 and ‘18. He won the 2019 NYS Men’s Amateur and the NYS Boys’ Junior Amateur in 2015. He also captured the Florida Men’s Amateur last season, and became only the second player to capture both state titles in the same year.

Listed below are each player's tee times for the opening rounds: