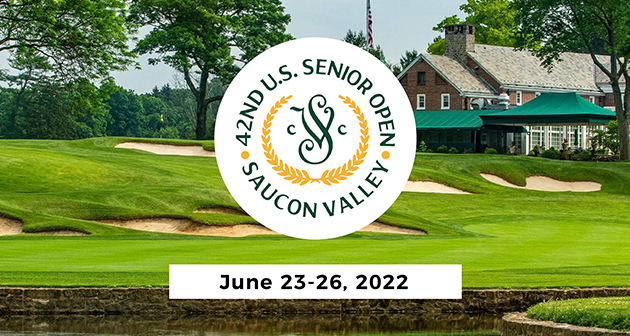 Former NYS Champions in the Field for the U.S. Senior Open

(Update June 27)- Rob Labritz finished tied for fourth at the 42nd U.S. Senior Open at 3-under 281. He surged up the leaderboard after shooting 2-under 69 in each of his first three rounds.

Labrtiz's 3-over 74 on Sunday was enough to lock up his tie for fourth. This is his best finish on the PGA Tour Champions. His only other top-10 finish came in April at the Rapiscan Systems Classic.

Jeff Sluman and Craig Thomas were the only other New Yorkers to make the cut. Sluman came in tied for 33rd at 6-over 290 and Thomas finished in 64th at 22-over.

Charlie Bolling, Mike Meehan, and Jim Roy all failed to make the 5-over cut heading into the weekend.

This will be Roy’s third appearance at the U.S. Senior Open. His best finish came in 2010, when he tied for 43rd. He failed to make the cut in his only other appearance.

Roy was the low scorer and medalist at qualifying at Indiana Country Club in Pennsylvania. He posted a 5-under 66 with eight birdies.

Rochester native Sluman is making his 13th appearance in the event. His best finish came in 2014 when he tied for fifth place. He is searching for his first top-10 finish on the PGA Tour Champions this season.

Sluman earned an exemption through placing top-40 on the tour money list through the close of entries.

Bolling qualified out of Doylestown Country Club in Pennsylvannia.

Thomas and Meehan qualified at Sunningdale Country Club in New York. Thomas was medalist after posting 3-under 67.

Labritz, who earned his PGA Champions Tour card in 2022, qualified in Texas at The Courses at Watters Creek.