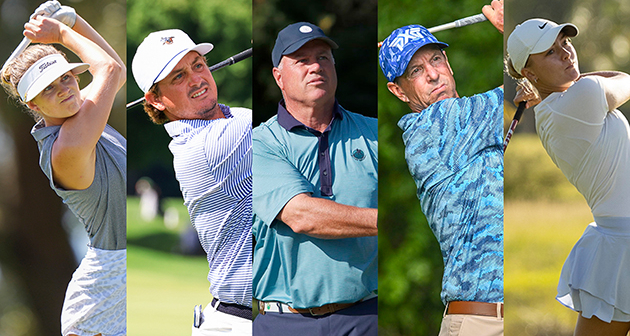 JAMESVILLE, N.Y. -- Global Golf Post announced its 9th All-Amateur team for 2022, with several players currently residing, or originally from New York State who received recognition. This year, the selections were limited to 100 players who were recognized across six different teams including amateur, mid-amateur, and senior amateur teams for both men and women.

The popular digital golf publication made their selections based on the World Amateur Golf Rankings, tournament results and national rankings.

The five individuals recognized with New York ties were:

Bob Royak, of Alpharetta, Georgia (originally from Guilderland, New York) was selected to the Men’s Senior Amateur, First Team after winning the Coleman Senior Invitational at Seminole in 2022, along with runner-up finishes in the Chanticleer and International Senior Championship. He was a semifinalist in the U.S. Senior Amateur (which he won in 2019), and posted top-five finishes in the National Senior Am Hall of Fame, Crump Cup and Golfweek Player of the Year Classic. He won the 1979 NYS Junior Amateur at Soaring Eagles Golf Course.

Brad Tilley, of Easton, Conn. (originally from New York and a member at Sleepy Hollow CC), was selected to the Men’s Mid-Amateur, First Team after winning the Westchester Open, the Met Amateur and the inaugural playing of The Farrell at Stanwich Club in CT. The 2019 NYS Mid-Amateur champion also registered a top 5 in the Coleman Invitational at Seminole and reached the quarterfinals of the Crump Cup at Pine Valley.

Clark, Royak, Tilley and VandenBerg were all selected to the GGP All-Amateur teams in 2021. Royak and Tilley also both appeared on the 2019 teams as well (no 2020 team was selected due to COVID-19).