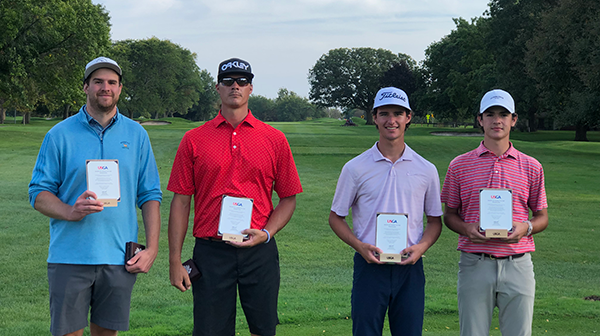 Forty sides (80 players) competed for two qualifying places and two alternate positions into next year's championship, which will be hosted by the Country Club of Birmingham in Birmingham, Ala., May 14-18.

The sides of Zach Fischl of Northampton, Penn. & John Dilmer of Allentown, Penn. and Aidan Odonovan of Somerville, Mass. & Joseph Lenane of Dedham, Mass. fired 5-under 65 to grab both spots and earn co-medalist honors.