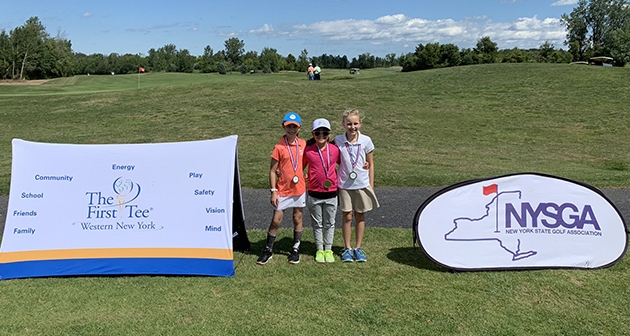 BUFFALO, N.Y. -- The First Tee of Western New York, which aims to provide educational programs to youth through golf in the region, developed its inaugural Tournament Series during the 2019 season.

Many of the participants have never played in competitive events, with about 25-30 in attendance at each of the three events, held at Elma Meadows, Harvest Hill and Arrowhead Golf Courses.

These events, sponsored by the New York State Golf Association, were held in memory of longtime Executive Committee member of the Association, Jack Donovan, who was a strong and longtime supporter of junior golf and initiatives across western New York. Jack, who passed away in February of 2019, was a tremendous advocate for The First Tee of Western New York.

The series will be expanded in 2020 to include 6 events. A point based system will be implemented and players will be ranked throughout the summer.

The establishment of this series prepares junior golfers to play in more competitive events, both locally and regionally.

The First Tee’s mission is to impact the lives of young people by providing educational programs that build character, instill life-enhancing values and promote healthy choices through the game of golf. They incorporate the Nine Core Values into their programming, which includes Honesty, Integrity, Sportsmanship, Respect, Confidence, Responsibility, Perseverance, Courtesy and Judgement.

To learn more about The First Tee, click here.