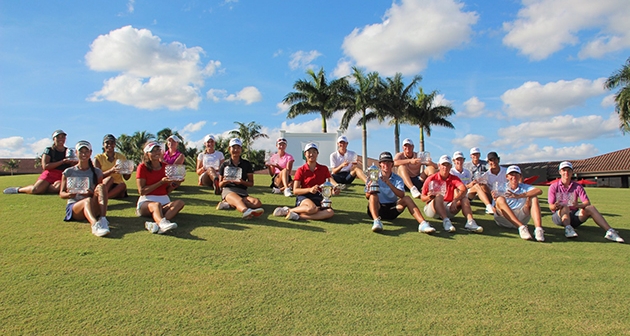 The format was 72 holes of stroke play, with the courses lengthened to around 7,000+ yards for the Boys’ and 6,300+ yards for the Girls’. The field consisted of the top 144 junior golfers from around the world.

Sample shot even-par rounds the first two days, and 4-under in each of the final two rounds to finish in 7th at 8-under 278. This was the NYC resident’s second appearance in the Tournament of Champions, finishing in a tie for 44th last season at 9-over 295.

West Edmeston’s Shoemaker kept two rounds under par, and secured a 10th place finish at 1-over 289. Shoemaker last appeared in the championship in 2018, where she was the youngest player in the field and finished tied for 63rd.