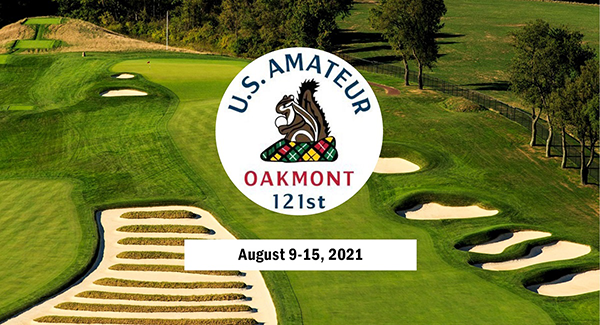 Ethan Ng and Yaroslav Merkulov shared the best performances among the group of New Yorkers, shooting four-over 144. Christian Cavaliere finished at 145, William Parker at 154, Nolan Forsman at 155, James Jackson at 157, Bob Royak at 161 and Chris Lambrou at 162.

Cavaliere played in the 2020 U.S. Amateur, where he missed the cut. He grabbed a qualifying spot for this year’s championship at an SQR in New Jersey. He graduated from Boston College in 2020, and was named All-New England Team three times as well as the 2017 New England Rookie of the Year in his college golf career. He placed second in the 2020 Sunshine State Amateur and won the Westchester Amateur Championship in 2019.

Forsman took the second qualifying spot at an SQR in West Nyack to punch his ticket to the tournament. He currently plays for the Santa Clara University men’s golf team, and won the Wildhorse Classic as part of his sophomore campaign. Before college, he qualified for the 2018 IMG Junior Worlds at Torrey Pines.

Jackson’s second place finish at a Kingston SQR earned him a spot in this year’s tournament. He was the head coach of his Rensselaer Polytechnic Institute’s men’s golf team, his alma mater where he was one of the most accomplished golfers in school history.

Lambrou shared medalist honors with Parker at the Glen Head SQR. He formerly played at Nassau Community College, where he finished fifth at the 2016 NJCAA Division III Men’s Golf Championship.

Merkulov played in the 2020 U.S. Amateur, where he missed the cut. He also participated in the  2021 U.S. Amateur Four-Ball, where he and his partner, Shane Dobesh, missed the cut. Merkulov is a four-time NYSGA champion, including titles at the 2009 Men’s Amateur, back-to-back Boys’ Junior titles in 2008 and 2009 and a Boys’ 14U Junior championship in 2006. He also qualified for the 2019 U.S Mid-Amateur at Colorado Golf Club, where he advanced to the quarterfinals.

This is Ng’s second appearance in the U.S. Amateur, as he qualified in 2019 and missed the cut by one stroke. He currently plays at the University of Stanford, where he’s been named to the PING All-Region team in 2020 and was an All-Pac 12 Honorable Mention this past season. He placed third in this year’s Porter Cup and Met Amateur Championship. He’s ranked 220th in the World Amateur Golf Ranking (WAGR).

Parker was the qualifying medalist at an SQR in Glen Head. A member of the Claremont Mudd Scripps men’s golf team, he placed ninth in the SCIAC conference tournament in his first year. In high school, he was a three-time all-conference selection and helped Friends Academy capture a Long Island Championship and three conference titles.

Royak won the 2019 U.S. Senior Amateur, defeating Roger Newsom, 1 up, in the final at Old Chatham Golf Club. He has competed in three U.S. Senior Opens, including 2012, 2019 and 2021. He missed the cut in this year’s championship. Currently residing in Georgia, he was named the 2017 Georgia State Golf Association Senior Player of the Year. Royak also won the 1979 NYS Boys’ Junior Amateur Championship at Soaring Eagles Golf Course in Horseheads, N.Y.

Listed below are tee times in Eastern Time for the group's opening rounds of the U.S. Amateur: