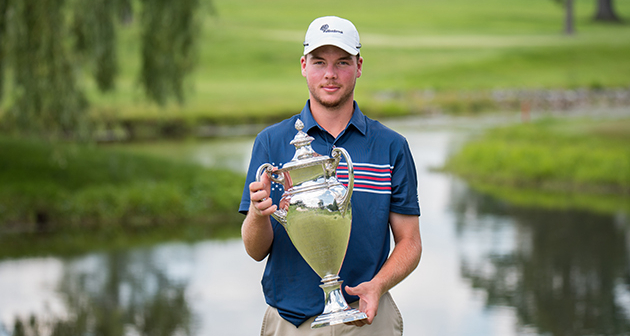 Delisanti has participated in the NYS Junior Amateur for several years and earned a top-ten finish in 2019. On Wednesday, he won his first NYS title by three strokes.

“It’s an honor,” Delisanti said. “I think the first time I played in one of these was when I was a sub-junior at Ridgemont Country Club. It was probably like six, seven years ago.”

Delisanti was tied with Shawn Colella of Bellevue Country Club and Nick Lyons of Schuyler Meadows Club after round one, where each of them shot one-under 71. Colella led heading into the back nine, but Delisanti converted birdies on holes 10 and 12 to take possession of the lead.

“(No. 12 is) a short par five, it’s a birdie hole for sure,” Delisanti said. “I just hit a good tee shot and gave myself a good chance and left it in a good spot to get up and down.”

After hole 12, Delisanti would not relinquish his lead, and sunk his third and final birdie of the day on 18 to seal the victory.

“The greens were definitely a little more receptive today,” Delisanti said. “The back nine I usually play pretty well out here so I looked to make some birdies on the back. I knew it was close...I really just tried to keep it in play as much as I could.”

“I was really just trying to put in a good round,” Minnehan said. “I played solid. I’ve been playing really solid all year so to just keep that rolling was nice...Definitely pleased with (runner-up).”

Though Minnehan did not break par in his two rounds, he did earn consecutive birdies on holes six and seven after a tough start to his second round. On seven, he nearly sunk an eagle putt after sending an aggressive drive that cut through the trees on the dog leg left hole.

“At that point I was three-over. I knew I needed to make a couple birdies to get myself back in it,” Minnehan said.

John Hiller of Westchester Country Club shot the low round of the tournament (70) in his second round to catapult his way to a T3 finish (148). Joining him was Colella, Ryan Edholm of Pendleton Creek Golf Club, and Sam O’Hara of Maidstone Club. 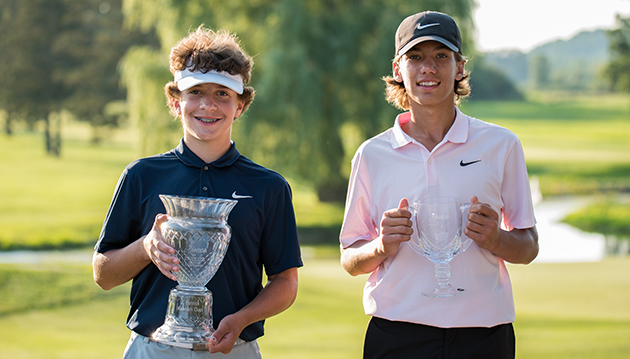 “It feels awesome. It was just a great experience,” Olearczyk said. “I just want to thank my parents. Without them I wouldn’t be in this position.”

In what was his first New York State sanctioned event, Olearczyk carded a 74 in his final round, shooting 147 over two days. Going into his second round on Wednesday, he sat atop the leaderboard with Cole Jones.

Olearczyk sunk two birdies on the front to even out a pair of bogeys. On hole No. 18 (Olearczyk’s ninth hole of the day), he avoided a bunker on the right side that allowed him to save par. Headed into the back nine and into the last three holes, the leaderboard was close.

“Some of those bogeys were mental errors, but I did have some birdies to make up for it,” Olearczyk said. I think if I had been in that bunker, with the water on the other side, it would’ve changed (the hole) a lot, but I ended up making par.

Olearczyk secured another birdie on his 14th hole to open up a lead. He shot one-over in his final four holes to coast to the victory.

“The people I played with, I knew they were right with me until those last three holes,” Olearczyk said. “It really put the pressure on all of us to play our best.”

Jackson Saroney of Drumlins Country Club finished as the runner-up with a seven-over 151.