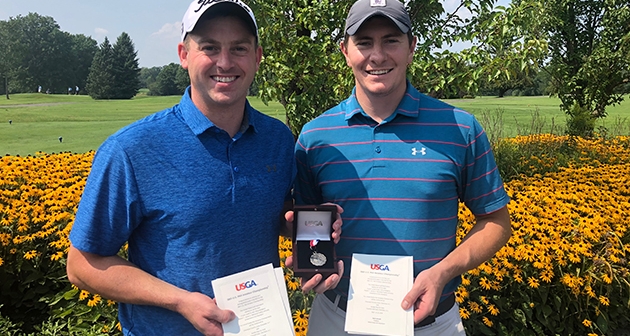 Downey of Rochester, who plays out of Locust Hill County Club, made four birdies and two bogeys en route to his under-par finish. Gifford of Clifton Park and a member of Mohawk Golf Club, registered five birdies and three bogeys to stay in red numbers.

Two other players finished under par including the 1st alternate Mike Sporton of College Point, New York and 2nd alternate Drew Mayhew of Kingston, Ontario, both coming in at 71. However, there was no playoff to determine the alternate positions, as Mayhew left the site before the entire field was in.