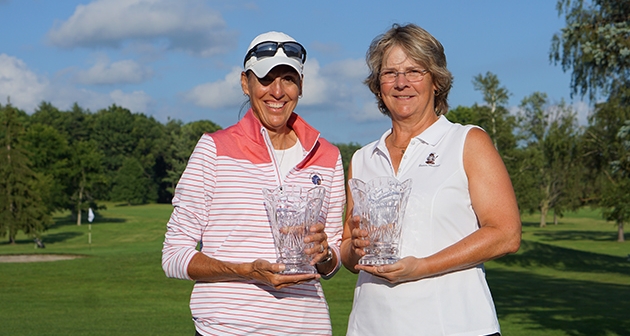 The teammates finished at 1-over 73, just a stroke ahead of three other groups who finished tied for runner-up.

“We can’t control their game, only our game. We were trying to stay focused on what we were doing and trying not to get caught up in what they were doing,” said Cleland about playing alongside the two formidable competitors.

Hamm & Riedel also finished as the low-net winners after breaking a tie at 6-under 66 with Therese DeLuca & Judith Kayne of Tan Tara Golf Club using the USGA recommended method of matching scorecards.

“It’s special. For New York State to start a new championship for women, and to be able to win, it’s great,” said Cleland. “We love to play together and have really been looking forward to this. We work off each other and it’s fun, we don’t get down at all.”

“We’re just serious enough, but having a lot of fun too,” added Watkins about their team dynamic.