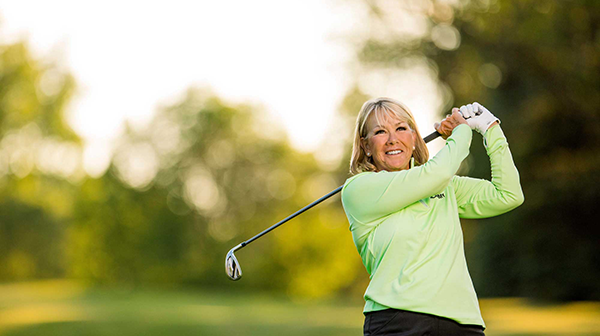 The award was created in 2007 and is given to an LPGA Professional who embodies the characteristics valued by Lopez: leadership, passion, giving and approachability.

“I first met Nancy Lopez while playing collegiate golf. When I watched her play, it was like watching someone float through the course while making almost every putt she looked at. She became one of the friendliest Tour players I have ever met and has been a hero of mine for a very long time," Miller told LPGA.com. "She has that special charisma that only a few possess. Her leadership, passion, giving and approachability are qualities I have been striving to emulate my whole career. I am thrilled and honored to receive this award."

Miller is a former LPGA Tour player, and currently plays on the Legends Tour. She’s competed in five U.S. Women’s Opens and appeared on The Golf Channel’s reality series, The Big Break III: Ladies Only.

She was inducted into the Greater Buffalo Sports Hall of Fame in 2011.