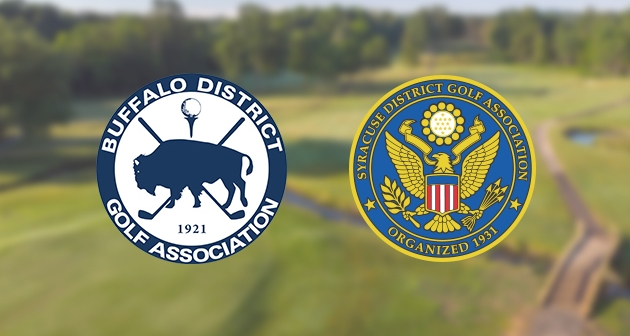 The New York State Golf Association works closely with both district associations and assists with the administration of their tournament schedules and general operations.

The BDGA will conduct eleven events in 2019 at member clubs across the region. This year’s calendar of events is highlighted by the BDGA Match Play at Lancaster Country Club, June 7-9 and the BDGA District Stroke Play at Brierwood Country Club, August 1-3.

Registration for all BDGA and SDGA championships will open on April 1st at 9:00am through each association’s respective USGA Tournament Management sites powered by Golf Genius.

The Buffalo District Golf Association (BDGA) was formed in 1921, serving amateur golfer in the seven counties of the Western New York region and the Niagara Peninsula of Canada. Annually, the BDGA conducts a series of tournaments each year for men, women, boys and girls. Although conducting amateur tournaments is a major part of the BDGA’s efforts, the highlight of the association’s service to the golfing community is the junior program, in which the association has given nearly $500,000 in scholarships to college-bound BDGA golfers since the program’s inception.

The Syracuse District Golf Association (SDGA) was formed in 1931 to conduct regional golf championships for amateur golfers across Central New York. The SDGA is also dedicated to supporting junior golf, by conducting annual junior competitions for boys and girls and offering scholarship to college-bound golfers from the area. The SDGA owes its long and rich history to the support of our member clubs and the great golfers of Central New York.