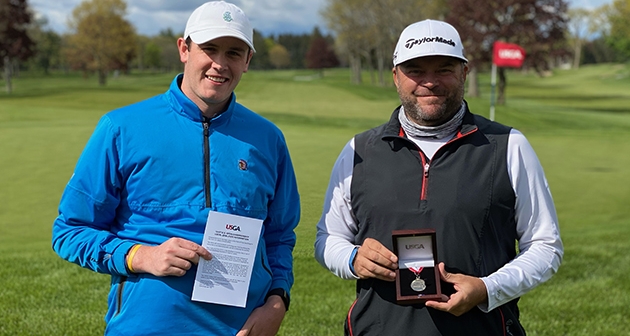 Fifty-nine players competed for four qualifying places and two alternate positions into the sectional qualifying stage this year’s championship, which will be hosted at Torrey Pines Golf Course, in San Diego, California, June 17-20.

Scott Berliner of Lake Luzerne, an assistant professional at Saratoga Springs GC, was the qualifying medalist with 3-under 68.

Schenectady native Bryan Bigley and amateur Jack Downey both posted 69s to earn their spots. Downey is from Troy and is a recent Siena College golf grad.

A quartet of players tied at 70, which forced a 4-for-1 playoff to decide the fourth and final player moving into sectionals. Matthew Belizze of Stamford, Connecticut earned the final qualifying spot with a birdie on the third playoff hole. He is the golf professional at Hudson Hills GC in Ossining.

The first alternate is Eric Mabee of Pittsfield, Massachusetts. The second alternate will be amateur Anthony Cavotta of Saratoga Springs, NY.