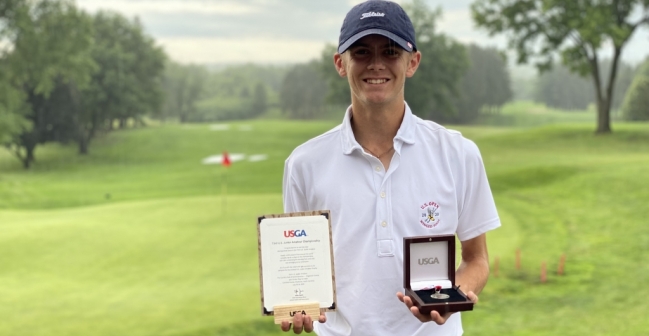 Thirty-three players competed for two qualifying places and two alternate positions into this year’s championship, which will be hosted at the Country Club of North Carolina in Pinehurst, North Carolina, July 19-24.

Jack Berl of Victor was the qualifying medalist with 1-under 71.

Elmira's Seth Conway also earned a spot in this year's USGA championship with a par on the third hole of a playoff against Adam Butch of Liverpool. They both shot even par 71.

Butch is the 1st alternate, while Clarkie Carroll of Wilton will be second alternate after shooting 72.