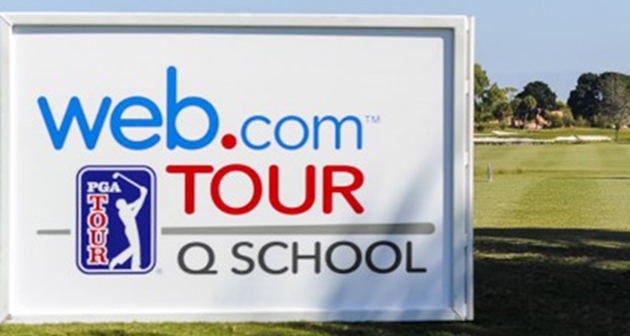 Six golfers from New York have advanced through the first two stages of PGA Web.com Tour Qualifying. The group will attempt to qualify for the third and final stage at one of five sites over the next couple of weeks, beginning on Tuesday with Highland Oaks in Dothan, Alabama, October 31 – November 3.

The trio attempting to qualify at this site includes Derek Bard of New Hartford as well as two Pittsford-natives, Gavin Hall and Trevor Sluman.

Veteran pros Bryan Bigley of Schenectady (who now resides in Charlotte, NC), Matt Campbell of Rome and Max Buckley of Rye will attempt to qualify at one of three sites from November 7-10.

Players who qualify for the final stage will secure a Web.com Tour card for 2018. The top 45 finishers (and ties) are assured a comfortable number of starts during the beginning of the season.

The finals will be conducted at Whirlwind Golf Club’s “Devils Claw” and “The Cattail” courses from Thursday, December 7 – Sunday, December 10.

Williamsville’s Billy Gaffney progressed through the pre-qualifying stage before failing to advance through the first stage at the Woodlands (Tournament Course) in The Woodlands, Texas.

Bard made his professional debut this past weekend during the Sanderson Farms Championship at the Country Club of Jackson in Jackson, Mississippi. He barely missed the two-round cut with a 1-over 145 (70-75). The cut fell at 143. He competed in two of golf’s majors as an exempt amateur player in 2016, the Masters and U.S. Open (due to his runner-up finish in 2015 US Amateur).

Bigley, a Web.com Tour player since 2016, had an impressive rookie campaign complete with two top-10 finishes and 77th on the money list.

Buckley represented the winning New York team during the 2012 USGA Men’s State Team Championship at Galloway National Golf Club in Township, N.J. The mini-tour player has competed in dozens of events since turning pro in 2015.

Campbell made a trip to this year’s US Open at Erin Hills after sinking a putt on the second playoff hole to take one of five sectional qualifying spots. Last year, he advanced as far as the second stage of Web.com Qualifying School.

Hall, who had a noteworthy amateur and college career (Texas), played in a professional event during the Turning Stone Championship in 2010. He also qualified for a US Open in 2013 at Merion, where he was the youngest player in that year’s field.

Sluman turned professional a year after his landmark victory at the 93rd New York State Men’s Amateur in 2015 and has been competing on the mini-tour. Last year, he advanced into the First Stage of Qualifying School but was unable to capture one of the 25 qualifying spots (and ties) at Florence Country Club in Florence, South Carolina.

The PGA Web.com Tour Qualifying School or “Q-School” is the name for the annual qualifying tournaments related to the professional tour. A certain number of players in the event win a membership or “tour card” for the following season, allowing them to play in most of the tour’s events without needing to qualify. The process consists of four multi-round stages: Pre-Qualifying, First Stage, Second Stage and Final Stage. Each stage is comprised of three-to-four rounds with a certain number of allocated spots advancing to the next stage out of each qualifying site.