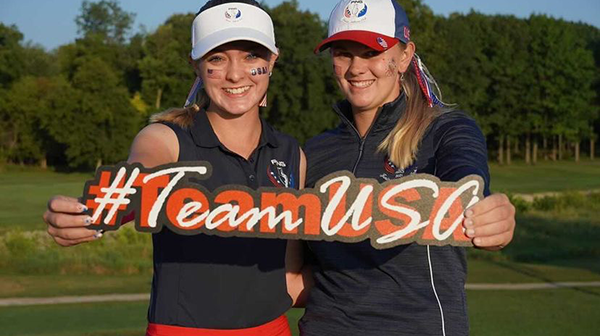 Shoemaker was one of 12 junior golfers selected based on her ranking on the Rolex AJGA Rankings and Golfweek / Sagarin Junior Girls Ranking. Prior to the event, she was ranked the sixth best junior girls golfer according to the AJGA rankings, and seventh based on Golfweek / Sagarin rankings.

In her first Junior Solheim Cup appearance, Shoemaker competed against Nora Sundberg of Sweden, and lost 3 and 1. Though her performance did improve her AJGA ranking, as she’s now tabbed as the third best girls junior golfer in the country. She also cracked the World Amateur Golf Rankings (WAGR) top 250 amateur golfers, coming in at 237.

Shoemaker, who is already committed to play college golf at the University of Southern California, is a two-time AJGA champion, winning the Kathy Whitworth Invitational and the Sung Hyun Park Junior Championship. Her victory at the Kathy Whitworth Invitational earned her an exemption to the LPGA's Volunteers of America Classic. She was tabbed a Rolex Junior All-American for the first time in 2020.

At the U.S. Girls’ Junior in July, Shoemaker finished fifth, advancing as far as the semifinals before falling to New Jersey’s Katie Li. She followed with a third place finish at the Florida Women’s Open.

Among the New York State junior golf circuit, Shoemaker is a three-time NYS Girls’ Junior champion, winning in 2017, 2018 and 2019.