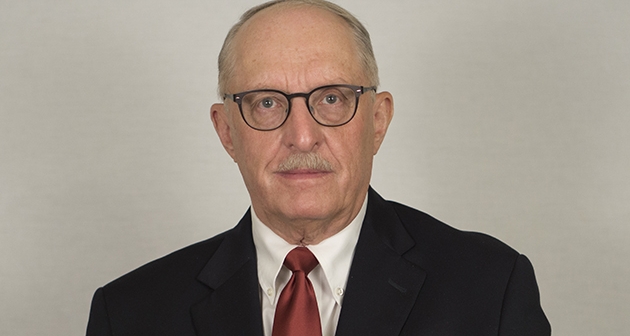 JAMESVILLE, N.Y. -- As the NYSGA looks towards the year ahead, our new President Joe Enright expressed his thoughts in the following message to association members:

Entering 2020, we find ourselves immersed in a world of change in golf. The game is moving into the second year of a historic revision to the Rules of Golf which has added many challenges for our staff and volunteers who administer Regional and State tournaments, and for golfers who need education to understand and apply these changes. Last season saw the Rules of Golf efficiently applied at all the levels of competition with very few issues. This year brings the new World Handicap System which also presents challenges for our tournament administration and handicapping services. This system provides many benefits for our members and member clubs, including more accurate handicaps (revised daily) along with a new set of controls and safeguards to help maintain the integrity of handicap indexes. Included with the new system, we have improved score posting platforms, both directly on GHIN’s website or through the enhanced mobile app. Members are now able to post hole-by-hole scores, utilize a more accurate Net Double Bogey maximum score instead of the former Equitable Stroke Control procedure, and will be provided adjusted Course Handicaps for easier implementation during play. To ensure our golfers in our territory are well versed in these changes prior to the upcoming season, we will be offering education opportunities much like our Rules Seminars for both members and non-members throughout upstate New York. As always, the NYSGA will provide any needed assistance to its member clubs and individuals during this transitional time.

On a personal note, twelve years ago, a long-time NYSGA member from my home Lancaster Country Club, where I was President and Rules Chair at the time, invited me to become a NYSGA volunteer. He knew my interest in golf rules and tournament administration and subsequently introduced me to a group of dedicated NYSGA volunteers and terrific staff. Several multi-day USGA Rules Workshops, many one-day seminars, and years of mentoring by both NYSGA staff and experienced volunteers have led me to becoming a Senior NYSGA Rules Official. Seven years ago, I was selected to be a member of the Executive Committee, and I have served two years each as 2nd Vice-President and 1st Vice-President. I became a member of the NYSGA Hall of Fame Selection Committee in 2015 and elected its Chair the following year, providing me the honor of presiding over the induction of ten additional Hall of Fame inductees since. I am now honored to be the 45th President of the New York State Golf Association. A close look at the names and accomplishments of my predecessors is very humbling. With the assistance of our volunteers and staff, I hope to continue the work that has been initiated and to move our organization to even greater accomplishments.

I would like to welcome the new faces who were added to the list of NYSGA Officers this year - Robert Smith of Camillus Hills Golf Club and Peter Jones of Drumlins Country Club, and to the new Executive Committee members Shawn Baker of Oak Hill Country Club, Christy Schultz of Brook-Lea Country Club and Frank Suits of Cortland Country Club. These new volunteers will spend many hours working for the entire NYSGA family and represent a broad spectrum of active involvement in New York golf.

There are some volunteer Executive Board members who enter “retirement” from their duties after years of valuable input into our operations. Ginny Meyle has stepped down after almost a half-decade serving on the board, where she was instrumental in working with our Foundation’s annual scholarship program and awarding each year’s recipients. General Counsel David Hayes has turned over the legal reigns to Peter Jones. We are very grateful to David for his diligence in bringing the NYSGA forward with much needed Constitution and Bylaw revisions, reviewing new agreements, and helping us establish many necessary up-to-date policies affecting our operation in the modern era. Dick Galvin’s current term of office has ended, allowing him a deserved “rest” after many years on the Executive Committee. Dick has served many roles as an Officer including two years as our President, along with several years on the Hall of Fame Selection Committee and as its Chair. Dick’s quiet demeanor belies a great work ethic, whether as an officer, committee member, or Rules Official. I hope Dick will continue his role as mentor to many of us. Sadly, last February we lost a dynamic leader in the passing of Jack Donovan. Jack had been a Past-President of NYSGA and had held several other offices, but his most recent passion was serving as Chair of the NYSGA Foundation and providing educational opportunities for youth to learn about golf and become part of our golf family. We will continue to miss Jack and we use his enthusiastic spirit as motivation to continue his mission. On behalf of the NYSGA, I thank all the above for their dedicated hard work and inspiration.

Looking forward, besides the additional education and implementation of the revised Rules of Golf and the introduction of the World Handicap System, we have several other goals for the NYSGA.

First, we hope to strengthen our role as an Allied Golf Association (AGA) under the umbrella of the USGA, representing all of New York State outside of the Metropolitan areas and Rochester District. As the current AGA relationship will be evaluated in 2021, we intend to further enhance our partnership with regional golf associations. Over the past two years, we’ve assisted the Buffalo District Golf Association (BDGA) in upgrading their overall operations and tournament administration. We will continue to foster and better support our long-time alliance with the Syracuse District Golf Association (SDGA). Most recently, we became allied in a joint-membership agreement with the Metropolitan Golf Association (MGA), under the leadership of Past-President Warren Winslow. This relationship provides many exciting opportunities for enhanced communication, marketing opportunities and allows for a smooth entry procedure for MGA members to enter NYSGA events. We wish to continue this trend of building stronger ties and relations with our neighboring golf associations around the Empire State. Most importantly, we will continue to efficiently represent and service all our member clubs and individual e-Club members, focusing on educational assistance and continually enhancing the core services we provide to them.

A second major goal is to greatly expand the scope of the charitable arm of the NYSGA – the NYSGA Foundation. We have recently undertaken several major changes in the structure and operation of the Foundation. To facilitate operations, we are excited to add another new staff position to the NYSGA in 2020 – a new “Foundation Manager” position, who will oversee, manage and promote the Foundation’s two main initiatives, the annual scholarship fund and specific grant programs that enable and encourage young golfers to participate in youth golf programs including education and on-course access. Since 2009, the NYSGA’s Foundation, which is a 501(c) 3 and charitable arm of the Association, has been awarding college scholarships to deserving young men and women and offering grant support to junior golf programs and other worthy developmental initiatives to continue growing the game. We are proud of the difference this NYSGA Foundation has been able to make throughout this past decade, and we look to continue strengthening its footprint across the Empire State throughout the next one. Along with overseeing the above programs, the Foundation Manager will lead and manage the implementation of the NYSGA’s new and exciting development initiative, “Youth On Course” (YOC). YOC is a national membership program that allows junior golfers to sign up to play at select golf venues in their area for only $5 a round. This program is set to launch during the 2020 season and will be offered to NYSGA members at clubs in our upstate New York territory.

A third goal this year is to enhance our Course Rating procedures and rating teams. This past season we added a new seasonal staff member to fill the Manager of Course Rating position - Mark Ackley from Horseheads, N.Y. In his first year, he’s already done a wonderful job organizing reliable regional teams of volunteers and coordinating ratings at member clubs throughout the NYSGA’s territory. With our partnership with the BDGA, Mark will assume responsibility for a significantly expanded geographic region involving many more clubs, along with the necessity of organizing and educating additional rating teams.

Finally, a personal goal of mine this coming season is to work closely with Staff to significantly improve the method of signing up to volunteer at tournaments, to easily access that information, and to keep track of the accomplishments and education of our rules officials, course raters, and tournament administrative volunteers. The past season’s on-line system could be greatly improved upon, and Staff is presently hard at work reviewing new, available software to accomplish this.

The 2019 championship season was another historic one, with twelve players claiming their first state title or co-title. Season highlights included three champions from 2018 successfully defended their titles including Jenna Hoecker in the Women’s Mid-Am, Luke Sample in the Boys’ Junior and Bailey Shoemaker in the Girls’ Junior. Four others helped defend their titles in team championships, including Nicholas and Madison Braman in the Mixed Team, and Teresa Cleland and Carina Watkins in the Women’s Senior Four-Ball. Jennifer Rosenberg earned her first title winning in a dramatic final round and two-hole playoff in the Women’s Amateur. Bradford Tilley claimed the NYS Men’s Mid-Am in record fashion, posting the tournament’s lowest total score in relation to par. Tilley went on to claim the Westchester Mid-Amateur and the Met Mid-Amateur shortly after, becoming the first player to capture all three in one season, and in a span of only ten days! Last but certainly not least, Ben Reichert captured the Men’s Amateur at the tough, unforgiving Crag Burn Golf Club, only months after winning the Florida State Amateur. He became the second player in history to accomplish this feat, the other being Lee Chase in 1924.

I want to again congratulate all our 2019 tournament champions and am looking forward to new champions and, possibly, more repeat winners. I also am very proud of all that our fantastic NYSGA staff and volunteer leadership have accomplished. These people put in a great deal of effort behind the scenes in providing you with handicapping services, rules education, and tournament opportunities throughout New York State. The NYSGA provides our members and member clubs with the best services possible, and our staff, under the leadership of Executive Director Bill Moore, is second to none when it comes to knowledge, hard work and dedication. I want to thank them, our unselfish volunteers, and the entire family of NYSGA members and clubs for their support of our mission.

Joe Enright
President, NYSGA
----
To view the full list of NYSGA Commitees and their membership, click here.
« Back to Listing
Media