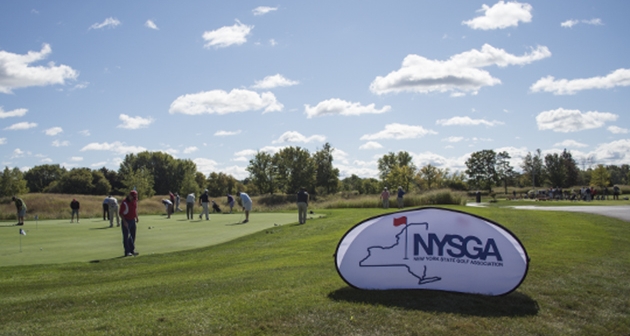 Throughout the spring and summer, hundreds of amateur players from around the state competed in handicapped tournaments for prizes in both gross and net, acquiring points (based on their net finishes) throughout with hopes of qualifying for the NYSGA Amateur Series Championship. Point totals were calculated based on the sum of each individual player’s top-5 Amateur Series tournament finishes in 2017. The top-104 men and women on the Amateur Series Points list qualified for the Championship.

To qualify for the NYSGA Team Amateur Series Championship, duos needed to place first in their division and flight during one of the regular-season tournaments. If a winning team had already qualified at a previous event, the second-place team qualified for the championship by default.

Divisions within the NYSGA Amateur Series were broken down into groups based on both age and gender. Within each division, players were divided into equal flights based on their updated handicap index.

Winners for gross and net were established within each division, as well as flight, to decide the 2017 Amateur Series Individual and Team Champions! Listed below are the winners broken down by division, flight and net/gross.

Congratulations to all our Amateur Series winners and thanks to everyone who participated and supported the events this year. Stay tuned for the 2018 schedule, set to be released in January!