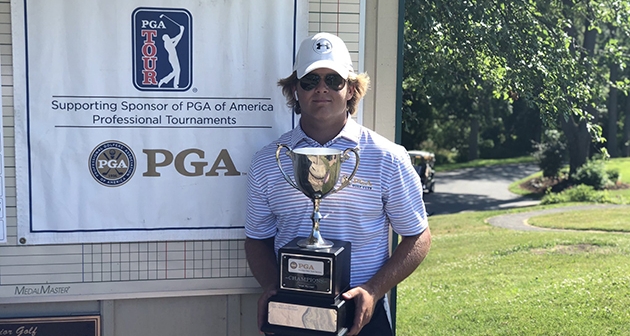 John Mittiga of Geneva Country Club, posted a 4-under-par 68 to finish on top of both the amateur and pro divisions for the 18-hole tournament.

Mittiga is only the second amateur to win the title. Brandon Grzywacz of Shelridge Country Club was the 2019 champion.

The Professional Division was captured by Pat Damore of Lakewood Golf Center after beating Matt Stasiak (won 2013 NYS Men’s Amateur) of Battistoni Golf Center in a playoff. Both pros shot even par 72.

Other top finishing amateurs included Patrick Nealon of Brierwood at 69, Jiarong Liu at 71 and defending champion Grzywacz at 72.