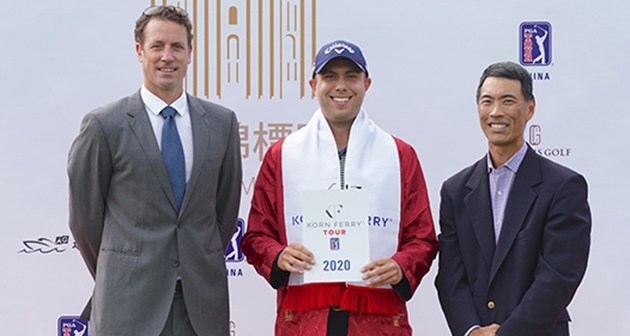 MACAU, CHINA– Rochester native Trevor Sluman has gained status into the Korn Ferry Tour for the 2020 season (formerly the Web.Com Tour) after finishing in the top 5 on the PGA Tour Series – China's Order of Merit in 2019.

Sluman earned his first Series title at the second tournament of the year, the Sanya Championship in April. Along with the win, he posted two runner-up finishes in 2019 at the Suzhou Open and the Guangzhou Open, with two additional top-10s during the 13-event schedule.

This was 26-year-old Sluman’s second year on the PGA Tour Series - China. In 2018, he didn’t miss a cut in 14 events. He totaled four top-10s that season, including one runner-up finish.

The top-5 finishers in the Order of Merit, received their Korn Ferry Tour membership cards for 2020 after the final event of the season, the Macau Championship.

Sluman began his college career at Towson University before transferring to University of Louisville for his final three years of school. He turned professional in 2016.