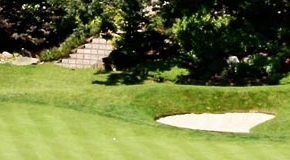 Ben Hogan played his final competitive round at the Classic on July 5, 1970. The event morphed again and was re-named the Westchester Buick Classic and later, The Barclays.  These events were considered “tune-ups” for the U.S. Open with hard, fast greens, tight fairways and high rough. But Members and Pros alike enjoy the course for its beautiful landscaping, premier conditioning and perpetual challenge.

The PGA returned to Westchester Country Club in August 2011 with the final Senior Major of the year, the Senior Players Championship that was held held August 18-21.

If you love golf, Westchester Country Club provides the facilities and caring employees that compare favorably to any club in the world.