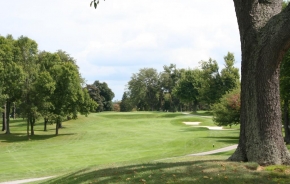 Since 1921, Transit Valley Country Club has been an integral part of the Western New York community. During these many years, we have developed a special character and sense of camaraderie which now, as in the past, plays a large part in the development of our true Country Club spirit. The beautiful clubhouse and challenging golf course lend themselves to a tradition and dignity that is a source of pride to all of our members.

The primary focus of our club is golf. Transit Valley’s reputation as one of the finest golf courses drew some of the world's greatest golfers. Walter Hagen, Sam Snead, Cary Middlecoff, Jackie Burke, Jimmy Thompson, Bobby Locke, and Gene Sarazen all were visiting players. Walter Hagen was an Honorary Member of Transit Valley.

A number of other activities such as tennis, including a junior program, swimming and bowling provide for a wide range of interests. The outstanding dining and banquet facilities, availability of private meeting rooms and numerous social events scheduled throughout the year have transformed a golf club into a recreation center attractive to the entire family.

Even though we have a great history, what makes Transit Valley  a great club, more than anything else, is our members. In 1941, an old-timer was reminiscing about his 20-year membership at the Club.  He wrote that when he joined the Club in 1921, he felt that the members were a "group of good fellows" and he concluded that in 1941, "Yes - good fellowship prevails at Transit and always will!" That statement was true in 1941 and it is still true today.

We look forward to a promising future. With a newly expanded and remodeled clubhouse, improved golf course and grounds, updated facilities for other athletic and social events, we have achieved our goal of becoming the premier country club of Western New York.