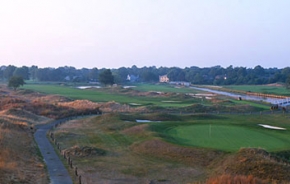 The country club was created on the Hewlett Estate of John N. Auerbach in 1927, who used his three-story Victorian home as the clubhouse, and named the club after the large quantities of Indian copper beads ("seawane") discovered on the vast grounds.

New Yorkers have always considered The Seawane Club a favorite resting place and gave special attention to its destiny. In 1960, residents of Hewlett Harbor purchased the club from its remaining members and turned it into an exclusive private, member-owned golf and country club.

In the spring of 1994, The Seawane Club underwent vast renovations and, in within one decade, won the New York State Sportswriters Association (NYSSWA) Golf Club of the Year award. It has prospered ever since.