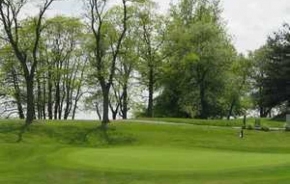 The South Park Golf Club was founded in the Spring of 1931 and originally known as the Lackawanna Golf Club. Within a couple of years it was the premier club open to the public south of downtown Buffalo. During the 1930s the Club went through a tremendous growth period and was the home to some of the better players in Western New York. Players such as Pat McGee, Stan Merrick and Joe May dominated play during the pre-war years. According to old Courier-Express news accounts of the time, it was not uncommon for 1,000 spectators to watch the final match of the Club Championship. The Club became so popular that in 1935 the present clubhouse was constructed as a W.P.A. project of the Roosevelt presidency.