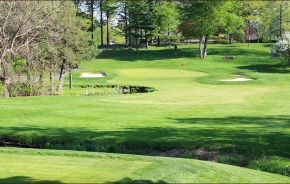 Donald Ross holds an esteemed place in golf history.  At the time of his death in 1948, the Boston Herald stated,"Golf grew out of his magic ... his fame developed with the game until the tag 'Donald Ross Course'....had the connotation of sterling for silver."